Your Guide to Solo Skiing This Winter: How to Have an Epic Solo Adventure

Stay at these 10 coolest hostels in Mexico City

If you’re a fan of the English Premier League, you probably have a favorite football team and dream of seeing them play live one day.

Unfortunately, if you live in Malaysia, the chances of seeing your best team play a match at a local football ground are very, very slim.

So when 24-year-old Aaron Victor learned that his top team Manchester United would face Liverpool in Bangkok, Thailand, he seized the opportunity and bought a ticket for the game. His friend, Arvinder Singh, also managed to land a ticket, but the boys decided to make it more fun and invited all their other friends on the trip as well.

“The ticket was an impulse buy. But, after I got my ticket, I thought, “Why not make it a boys’ trip?” and I called my other friends to join us,” Victor explained.

The six friends – Aaron, Arvinder, Edrian Azril, Thirumal S., Kartik P. and Dhanushen R. – came up with an itinerary for a week-long trip in July. It was their first group trip.

They were lucky to get cheap tickets to Bangkok because the airline they chose had a promotion. They booked their stay at a hostel, which only cost them around RM1,200 for six nights (about RM200 per person), including breakfast. What a flight!

The friends more or less managed to stick to their individual budgets throughout the trip. “We had enough money, although a few of us had to withdraw some money towards the end,” Victor said.

“We paid for all the important things first such as accommodation, flights and some tours. Everything else was pretty much an individual expense,” Thirumal said.

They also saw a Muay Thai fight and later attended a Muay Thai class and went on a dinner cruise on a boat at Asiatique Riverfront, which sailed around the Chao Phraya River.

Victor said it was pretty safe for them to ride around town in a group, although they took a lot of precautions wherever they went. But even then, the friends ran into a problem.

“An old man approached us and recommended a place to go. We had wanted to go somewhere else but he told us it was closed. So we decided to go with him and he got us a seat and then tried to charge us 1000 baht for the boat ride.

“Somehow we managed to negotiate the price down to 500 baht. But we found out after that that the normal price for this ride was only 120 baht! Thirumal revealed. The man had also lied to them about where they had originally wanted to go – it wasn’t closed.

They were later told it was a common “tourist scam” and had been happening since before the pandemic. Thirumal advises visitors to Thailand to beware.

Despite the scam, the friends still had a lot of fun traveling together and made lots of great memories. They plan to do more group trips in the future.

“The whole trip was fun and it was something we all wanted to do together. We were very happy that we managed to accomplish this… but what happens in Thailand stays in Thailand,” Thirumal said with a laugh.

Victor joked: “The football game gave us a good reason to go on a trip and turn it into a vacation. Because we bought the tickets for the match much earlier, we had plenty of time to plan our itinerary carefully; there was always something for everyone to do or see on the list. The whole trip planning process was actually part of the experience itself.

“The journey didn’t just start at the airport, it started at home.” 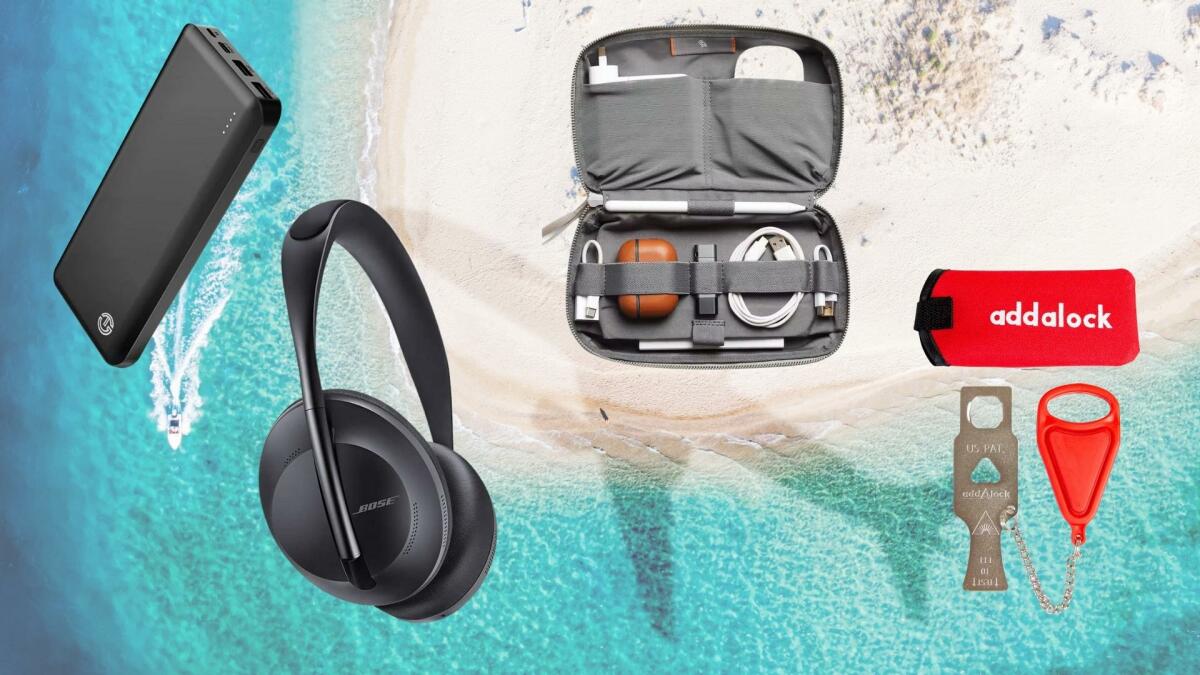 The 10 Best Gadgets for Digital Nomads